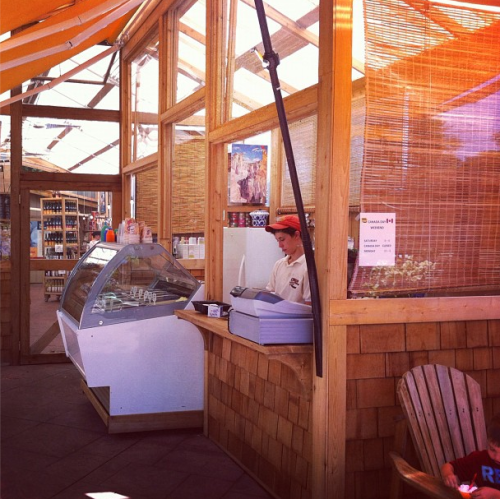 In this heat you may want to climb into the little freezer area that stores Cheese Boutique’s scrumptious house-made gelato, but I am pretty sure that is a no-no in terms of health and safety standards.   But it would bring you cheek-to-frozen cheek with the authentic gelato that Cheese Boutique has started making this year.  They had an Italian gelato expert come in and train their gelato-maker (I forgot to ask his name-rude) but there he stands (saddened by my bad manners) behind the counter. 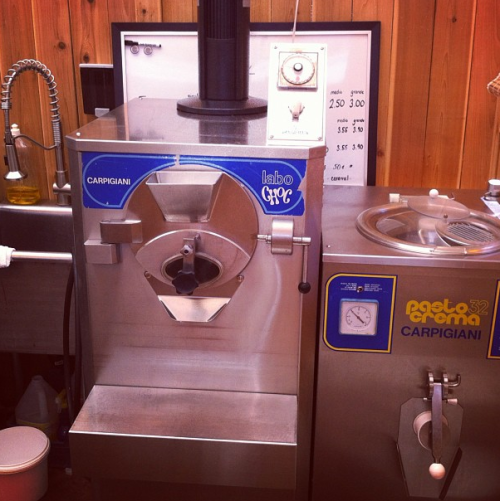 You can see the gelato process right in the gelateria.

They start by pasteurizing the cream themselves, which is how it is traditionally done. 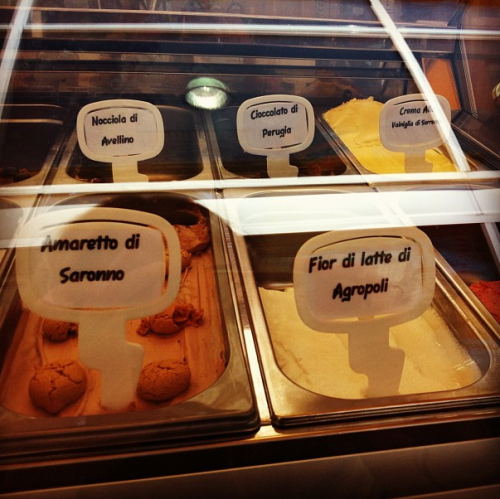 Many flavours all made with natural ingredients (and using real Italian words).

Felix and I tried the hazelnut (nocciola), the fior di latte (fresh cream) and settled on splitting the lemon gelato.  It was all pretty frigging divine.

When I asked Afrim Pristine for his favourite’s at the family store he mentioned the above three and the Frutto di Bosco (wild berry).  He also suggested 25 year old balsamic on the Fior Di Latte (damn, that guy has good ideas). 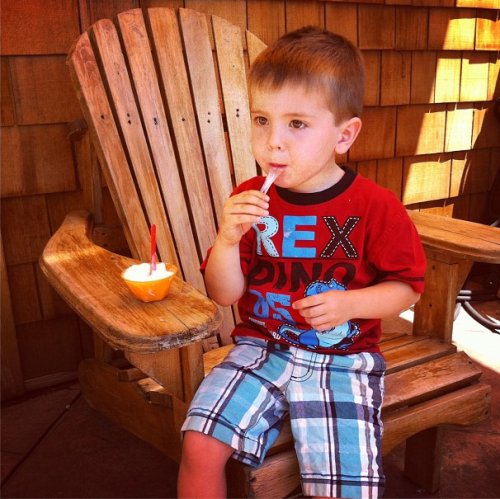 Best of all– The Cheese Boutique gelataria will be open until 9pm all summer starting next week (July 9).  And you can buy tubs to go!

FYI Gelato is slow churned and has less air whipped into it than ice cream.  It is denser, very silky and smooth, intense in flavour and can be kept at a warmer temperature– so gelato is creamy and softer in texture.