The Cheesiry’s Pecorino- one of Calgary’s Top 25 Foods

Pecorino from Alberta’s The Cheesiry

A few months ago I was fortunate enough to taste some amazing pecorino from Alberta and speak to Rhonda Headon the cheese maker who trained in Tuscany to bring the recipe back home where she began her business The Cheesiry.

If you’d like to try some of the cheese you can have it shipped from the Cheesiry by contacting them and for now–read my piece about Rhonda for the Globe and Mail.  Enjoy! 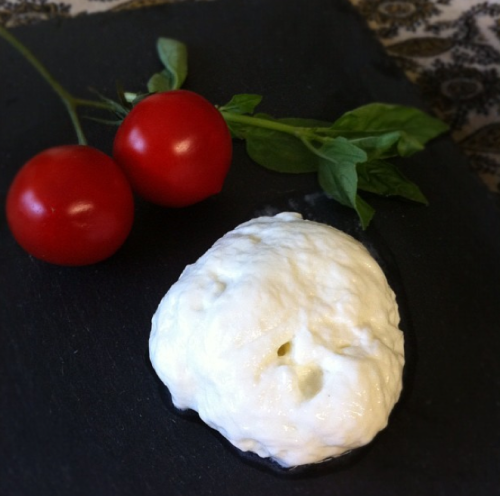 I had the pleasure of not only feasting on the above delicacy from Old West Ranch in Alberta, but I also had an amazing conversation with farmer and cheesemaker James Meservy.  At the end of it I was convinced he should host his own radio show, the man is a natural story teller.   But part of it is that he has an amazing story to tell.

You can read the piece in my article  in today’s Globe and Mail, but I never have the space I wish I had to full tell a cheesemaker’s story…….so here’s a little bit about James, his wife Debbie and their journey to cheesemakerdom (they started off as beef farmers) which didn’t make it into the piece. 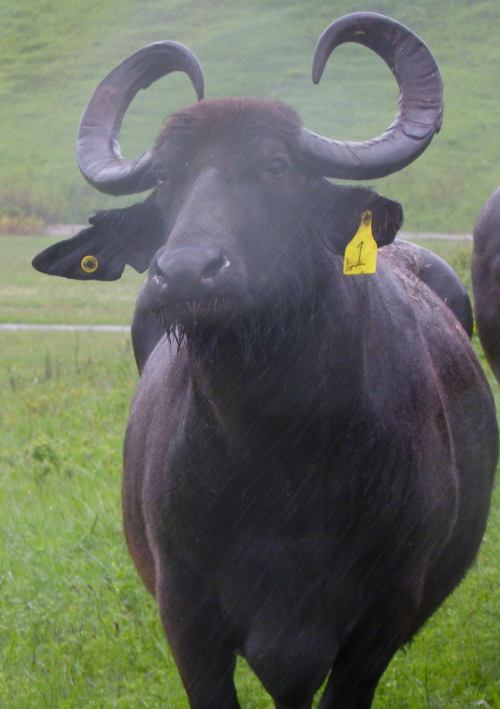 Patch the Water Buffalo, in the rain. Photo by James Meservy.

In 2003 “mad cow disease” had killed the beef industry and by 2007 the Meservy’s were selling off cattle to make bank payments (therefore cutting revenue at the same time).  They had to do something drastic, “So naturally I thought, we’ll get water buffalo, isn’t that what everyone does?”  says Mr. Meservy.  He’d been fascinated with the animals since he discovered mozzarella was made from their milk during a childhood game of Trivial Pursuit and had already been researching the idea for a number of years. The couple encountered many stumbling blocks—from difficulty sourcing the water buffalos and once acquired, losing precious animals to illness.  When he finally saw his big, spunky beasts for the first time, Mr. Meservy only half-jokes that his stomach sank “ I thought, I’m going to get killed, I can’t survive that.”

With no formal training other than a home cheese book and a half-day spent at a Vermont mozzarella plant he made his first batch of cheese in March 2010.  Popping 10 balls of mozzarella into a jar he started canvassing Calgary restaurants.  The response was overwhelmingly positive, his mozzarella is now on the menu at the renowned River Café (among others) and sold at Janice Beaton Fine Cheese.

James’ (and his family’s) perseverence seems like it could move mountains.  Perhaps typical of many agricultural families.   His cheese is pretty amazing.  James says he’s not trying to replicate the Italian version, he’s doing his own thing.  His goal was to create a more robust expression of the flavours normally found in buffalo mozarella and I think he really succeeded.

Take the lid off one of the containers of his cheese and just the wonderful, fresh, milky aroma will convert you.