Curds and Eh: Crannog Ale-organic, farmstead and from BC

A “Growler” of Crannog Ale

Another post by Kelsie Parsons from his amazing cross-country pilgrimage.  Read more here or just look for “Cheese and Eh” in the Categories drop-down menu to your right.  SR

While traveling across Canada last summer I was chatting with a cheesemaker in Alberta about my love of farmstead cheese and I mentioned that I wished there were farmstead breweries in Canada. It turns out I was talking to the right person because she replied, “Oh, well you should check out Crannog Ale!”

Two days later I was in Salmon Arm, British Columbia visiting Gort’s Gouda and took a brief detour to Crannog Ale, located in Sorrento, BC. When pulling into the driveway of the Crannog Ale and Left Fields Farm, I was struck by the beautiful landscape. 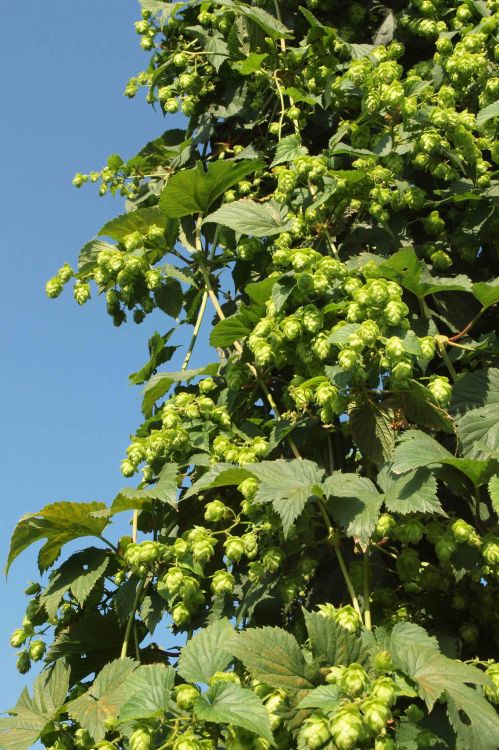 The farm is surrounded by green hills and consists of fields full of produce, towering hop vines that seem to grow into the clouds and Shuswap Lake is just a stones throw away. The farm is also home to pigs, sheep and a hive of bees. What a perfect place to live and work! 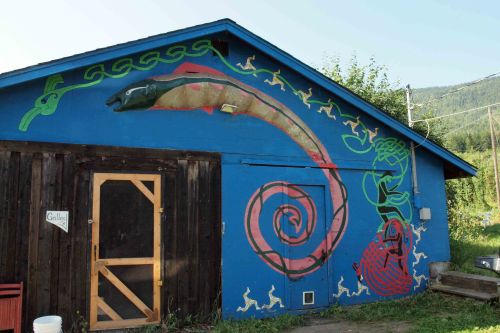 The second thing I noticed was the striking hand painted Celtic artwork on the walls of the brewery and surrounding buildings (which the owners built themselves).

The interlaced celtic knots and symbols reflect brewer Brian’s Irish background and suggest a connection to the land and animals.

At Crannog Ales, Rebecca, Brian and Greg produce unfiltered, unpasteurized Irish ales that are sold in growlers, party pigs (8.5L) and kegs. Some of the ingredients such as hops, herbs, fruit, berries and honey come from their own Left Fields Farm, which is pretty awesome if you ask me. Even the water for their beer comes from a well on their property. I get really excited when producers  have control of their ingredients all the way down to the soil in which they’re grown. That level of commitment requires true passion and dedication.

To top it off, Crannog Ale is also certified organic. That means no GMOs, pesticides or degradation of the environment is necessary in the making of this beer! They also use grain waste from the beer production as compost and feed for pigs and they treat and reuse wastewater to run a zero emissions facility. Most breweries have a lot to learn from Crannog Ale. 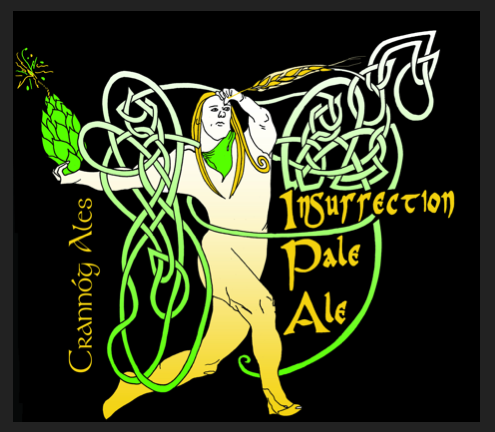 Ian Langohr (my travel buddy this summer) and I enjoyed a growler of their Insurrection Pale Ale as we camped beside Kalamalka Lake. We probably didn’t drink the beer under the proper conditions. It was admittedly quite warm (think back seat of a car in the August sun kind of warm). After an afternoon spent diving off a dock and swimming we enjoyed every last warm drop of our growler of Insurrection Pale Ale while we played dice games with neighbours at our campground.

Of course we had cheese to snack on too! The hoppy bitterness paired exceptionally well with the caramel nutty flavours of Sylvan Star’s Old Grizzly Gouda and surprisingly with Gort’s Gouda tamer mild Gouda.

That day was the perfect mix of sun, swimming, beer, cheese and shooting stars. It turned out to be one of the most memorable days of the summer. With the short days and somewhat cold weather we’re experiencing now, I’ve begun longing for the summer.

Next time I’m in BC I’ll be sure to visit Crannog Ale again and refill my growler. I think I’ll try the Back Hand of God Stout next…

Crannog Ales and Left Fields Farm is both a home and a small business so it’s important to call ahead to book a tour. Workers here are usually quite busy brewing and working in the fields.