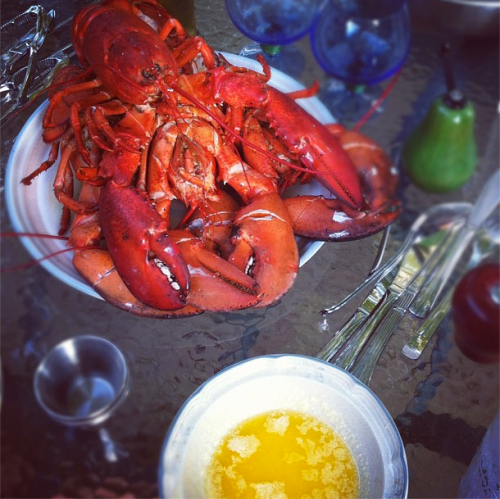 We were on holidays in Nova Scotia and PEI for 10 days and had an outstanding time.  I was disappointed to be such a terrible blogger in the last couple weeks as I had so many delicious moments, but between problems uploading pics and just travelling with child, I kind of gave up.  But, I will now start sharing.  One huge thing for me was my conversion to beer over wine for most of the trip.  You would switch sides too if you tasted how good the local brews were.  Perfect with our food and the sunny, hot weather. 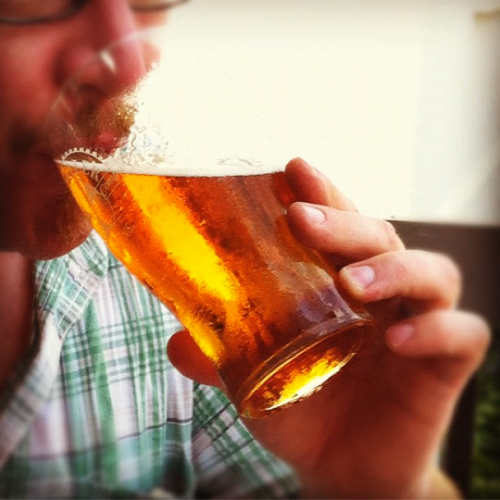 Like a fish to water, Tad and Propeller IPA

I had planned on branching out ever since Heather Rankin at the Obladee Wine Bar in Halifax (along with beer and wine writer Craig Pinhey) organized a local cheese/beer pairing post on this blog which featured Canadian brews (and Canuck cheeses), three of them from out east.

In Halifax Garrison’s brewery right beside the Seaport Market was our second stop after a quick bite of some amazing, and well spiced, Indian food in the market itself.  Tasting glasses were only $2 each and we tried several, leaving with bottles of the Tall Ship Amber Ale and Raspberry Wheat Beer (very subtle in fruity qualities, which I liked).  We drank these with some spicy tapenade that evening before donning old T-shirts to dig into the lobster fest (see the first picture) on a backyard patio.  Butter, white wine and nothin’ else.  Well, a lot of paper towels.

Which brings us to Wayne’s World via the Eastern Passage (where the weather is apparently really different than nearby Dartmouth-sweater vs T-shirt I hear, on some days).  It’s a little fishing community with many “I must take a picture…or 20” worthy little coves and piers.  We were there on an especially beautiful evening as the sun was on its way down.

But enough sightseeing.  Back to Wayne’s World. This is where the locals go for lobster.  They don’t cook it themselves–heck no.  They do take-out.  Truthfully, I don’t know about all locals, but I do know about at least two locals who have Wayne on speed dial….we had some damn good lobster at their house later that night.

I’m getting all ahead of myself talking about lobster when the first meal I had on the east coast was fish cakes and beans.  And here’s a good laugh for you Atlantic natives, when I saw this I thought, “how novel!  Beans with the fish cakes”.   Ha ha ha ha.  Only to see this on every menu everywhere.  This delicious plate was eaten on the patio of Henry House in Halifax.

Henry House was built in 1834 and has some great pub food and quite a beer menu (see how easily my beerification began?) 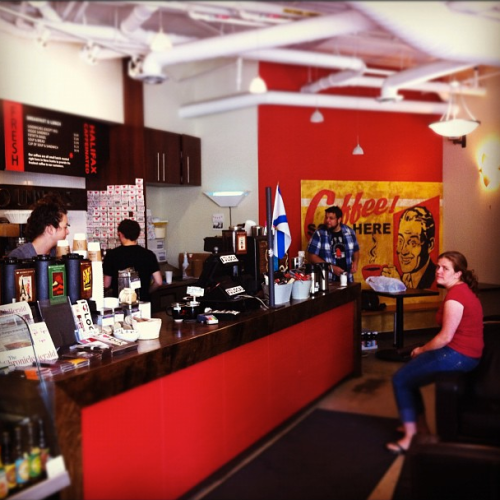 Right across the street I had steaming after-lunch coffee from Uncommon Grounds.  Felix was a little boisterous and may have pissed off some customers but I just smiled in embarrassment and looked at him as if he was the cutest imp I had ever seen.  Denial works. 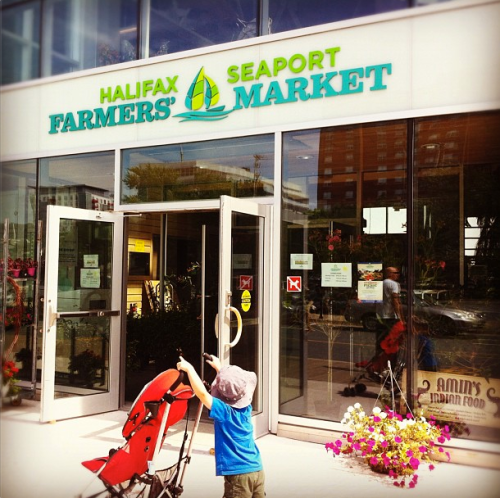 Which bring us back to the Seaport Farmer’s Market (I know, I’m too excited and jumping all around!) we visited on a weekday so not quite as bustling as it must be on Saturdays but still–wild blueberries for $3/pint!  And truthfully, tonnes of great food to be looked at, admired and purchased when you’re a tourist like me.  And when one has a stroller–NOT CROWDED is awesome. 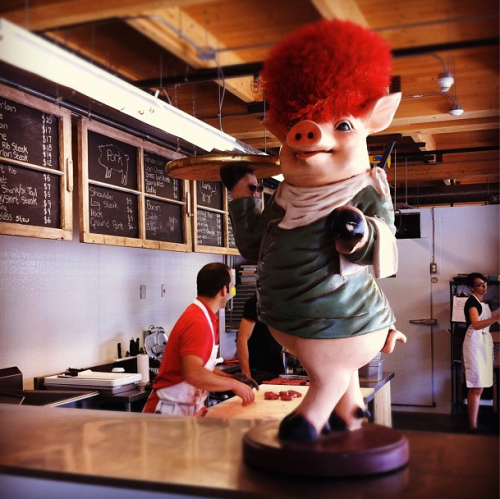 I checked out the grass-fed steaks at the butcher… 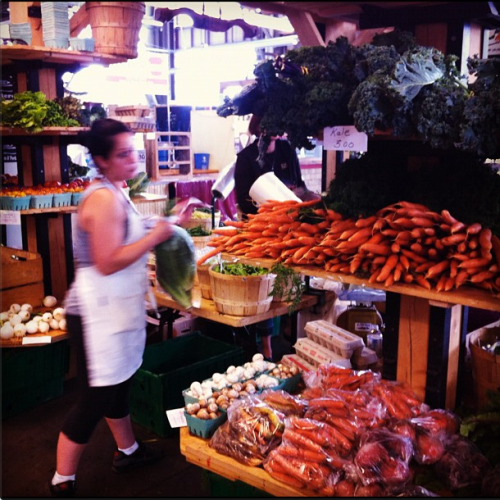 And veggies to go with the steak..

Or maybe you just want to grab some lobster poutine to eat by the water? 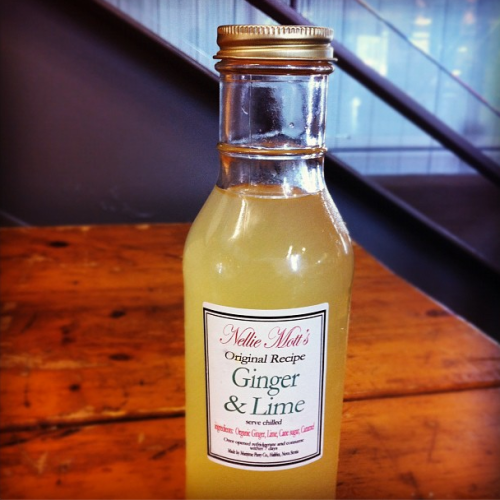 And wash it down with this locally made soda (grandma’s recipe!).

And I found this at the Garrison brewery.  And we hadn’t even gotten to the sno-cones we had after the Theodore the Tugboat tour.  (Man, sno-cones aren’t as good as I remembered them.)

So what did I learn in my first 24 hours in Nova Scotia?  Fishcakes come with beans, the beer out East is great and don’t take the light pink crayon if you want to properly mark anything on your Theodore and Friends map.

Filed under Restaurants and Products, Travel and Food, Uncategorized