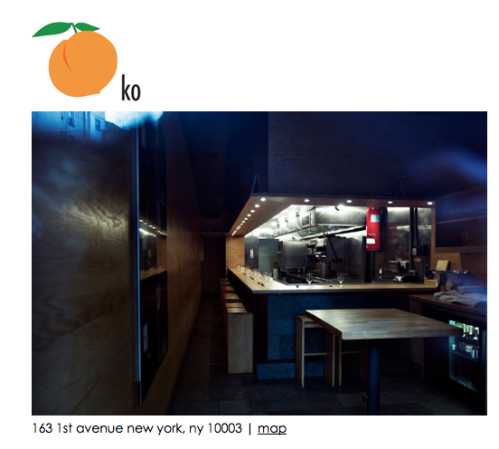 I’m going to New York this weekend with my husband.  The weather looks like it will be fabulous, we’re flying Porter so will avoid Air Canada nonsense and we found a great apartment to rent for 4 days in the East Village.  Yet despite all this and the simple pleasure of wandering New York itself, I am obsessed with getting a reservation at Momofuko Ko.

If you like to eat, and you like to to travel  then like me,you probably prepare your food itinerary before you do anything else.  I am slightly concerned that I overplanned but more concerned that I won’t be hungry enough to eat all things I want to eat.  And I do want to eat a giant pastrami sandwich which takes a while to digest–which could kill at least three hours without food. 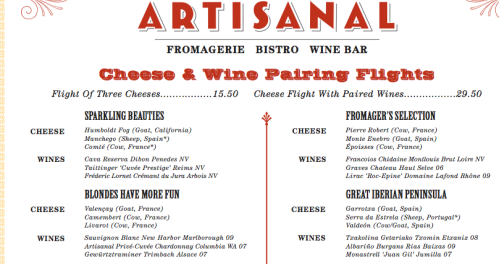 We’re having dinner at Prune Thursday night,  Friday we are doing Mexican at Empellón Taqueria, Saturday lunch at Artisinal with friends (cheese and wine flights here I come)   and Saturday night was to be at Momofuko Ko.   I had it all figured out.  You can only reserve at Ko on-line 7 days in advance.  You get a password and enter the site, and then hold your finger over the mouse pad until the second hand hits 10:00 am and then you FIRE.  If you’re lucky you’ll see one slot in the 12-seat restaurant still showing a green check mark and not a BIG RED ‘YOU LOSE” X. 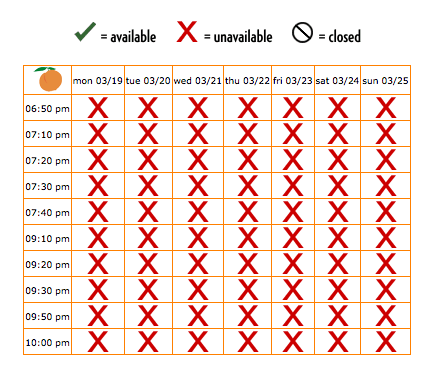 After already spending 1 1/2 hours on the phone (the Monday 5 weeks in advance that I was allowed to call)  trying unsuccessfully  to get a seat at the Chef’s Table at Brooklyn Fare I was pretty turned off by the “cross your fingers and hope to eat” reservation system.  I had already rescheduled my day to phone Prune at the exact right moment.  But, this on-line thing seemed simple.  I tested my speed on the mouse button on the Momofuko site.  How fast could I be? 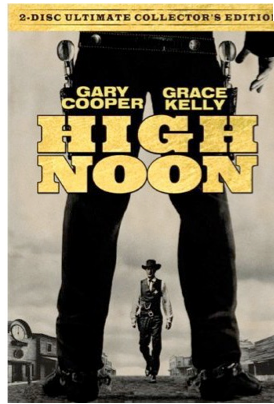 Like a gunslinger in the old West practicing to draw his six-shooter I was ready for this Sunday, March 18 which would hook me up with a Saturday night reso.

But then my son’s first soccer practise got scheduled for the same time on the same Sunday.  First as in, “first ever”.  He’s 3.   After a brief but serious discussion with Tad about which was more important (Felix might not like soccer, I was sure I would like dinner) we decided I would take Felix to soccer and he would stay home to make the reservation.  BUT HE HAD NOT BEEN PRACTISING.  I didn’t mention my concern as it seemed slightly….crazy.  But I left detailed instructions.

I got the call as we headed onto the filed.  ALL BOOKED.

I felt loss then anger–why did these stupid restaurants have to be so exclusive?  I could eat a hot dog and be happy–I  was lucky enough to be in new York!  And there was the Shake Shack to think about.

And yet, just this morning there I was, finger hovering over the the mouse pad, and I did it. 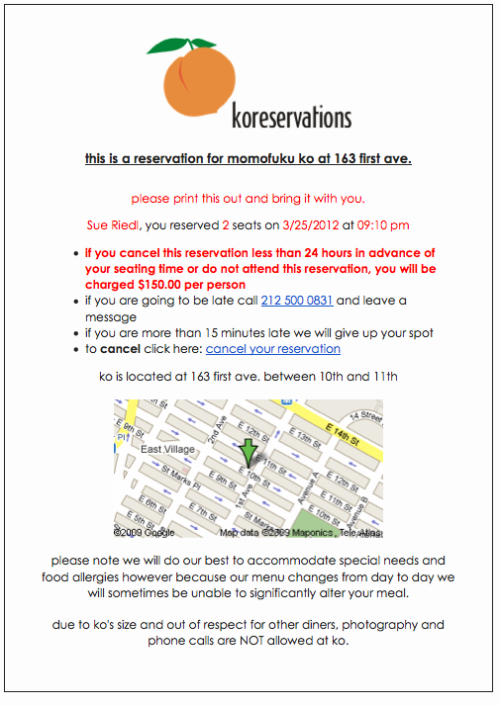 See how easy it is?  And only a $150 charge and loss of your reservation if you’re fifteen minute late.  This is my lucky day.

Only problem is Sunday night we were planning to have dinner at Colonie in Brooklyn.  They don’t take reservations there so maybe we’d get in, maybe not.   Sigh.  Maybe I should just go wander around  the MoMA.

Filed under Restaurants and Products, Travel and Food, Uncategorized